We have known for a long time that the arts and culture are important to Minnesota. They enhance our quality of life, bring diverse communities together, and make our state a magnet for jobs and businesses. Now we know that, in addition to its stages and museums, the nonprofit arts and culture sector is also a substantial industry in the State of Minnesota, generating $1.2 billion in total economic impact annually.

As the most comprehensive report ever done of the creative sector, Creative Minnesotais a new effort to fill the gaps in Minnesota’s understanding of its cultural field. It kicks off a new centralized, concentrated effort to collect and report data on the creative sector every two years for analysis, education and advocacy. All of the research developed by Creative Minnesota will be available at creativemn.org.

Creative Minnesota breaks out data both statewide and regionally. The study includes eleven regional reports that quantify substantial economic impact from the arts and culture in every corner of the state, from the Arrowhead to the plains of Southwest Minnesota and from the Red River Valley to the riverlands of the Southeast.

The 1269 organizations studied are located statewide with just under half located in Greater Minnesota.In total the report references data from 828 arts organizations and 147 history organizations, with the remainder from a few science and children’s museums, public media organizations, zoos, arts and culture programs embedded in social service agencies or local governments, and others.

“The economic impacts of the arts in Minnesota are very important; their contributions to the quality of people’s lives are priceless, said Governor Mark Dayton. “Arts organizations are strongly supported throughout Minnesota, and they help make successful communities. Their continuing growth and vitality will be critical to our state’s economic and social well-being.”

Highlights of the Report
(Figures are annual)

Nonprofit Arts and Culture Impact on Employment in Minnesota:

Nonprofit arts and culture organizations are significant employers, helping our state retain talent and allowing many Minnesotans to support their families.

The arts and culture support 33,381 FTE jobs (full time equivalent employees). This is ten times the number of dentists in Minnesota of which there are just 3353.

Nonprofit arts and culture organizations employ many artists, so no picture of Creative Minnesota would be complete without a look at artist employment. Minnesota surpasses the U.S. level of artists in the workforce. Artists are 1.5% of the Minnesota workforce but only 1.1% of the U.S. workforce. Compared to other states, Minnesota has the highest employment in book publishing in the country, 5.2 times the national average.  Minnesota also exceeds the national employment rate in performing arts, theaters, museums, and fine arts schools. (Source: National Endowment for the Arts). 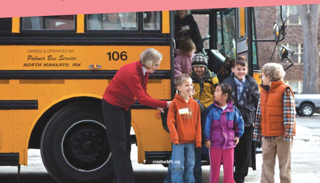 Millions of Students are served by Nonprofit Arts and Culture organizations:

Minnesota’s organizations served 2,630,677 children 18 and younger with arts and cultural experiences in 2012. There are only 923,617 K-12 students in Minnesota, so clearly many students are being served multiple times. In addition, arts and culture organizations hosted24,883 student group visitsand provided 766,501 classes, workshops, lectures and readings to people of all ages.

Cultural Events Attract New Dollars:
Public investments in the Arts and Culture are a catalyst that increase government revenues:

$1.00 in state investment in the nonprofit arts & culture is matched by over $5.11 from other sources, including:

Creative Minnesota was developed by a collaborative of arts and culture funders in partnership with Minnesota Citizens for the Arts (MCA).

The report leverages new in-depth research made possible because of Minnesota’s participation in the Cultural Data Project (culturaldata.org).

“We hope that arts advocates, legislators, local government officials and arts and cultural organizations will use this report to find new ways to improve their lives and economies with arts and culture,” said Sheila Smith, Executive Director of Minnesota Citizens for the Arts.

Kate Wolford, President of The McKnight Foundation, said, “Like other entrepreneurs and small business owners, artists add significant economic and creative value across the entire state. Backed by hard data, Creative Minnesota reveals important truths about how our state’s artists and arts and culture organizations are making dynamic contributions to our economic vitality and to our high quality of life.”

“Many, if not most Minnesotans value the statewide scope and local and national significance of the arts in Minnesota,” said Minnesota State Senator (D) Richard Cohen, who is Chair of the Senate Finance Committee overseeing Legacy funding. “What is less discussed is the economic impact of the arts. Annually, nearly 20 million people (including many visitors to our state) attend arts performances and events here. That relationship directly helps employ well over 30,000 people while directly creating related opportunities for things like hundreds of thousands of dollars in restaurant sales. In addition to inspiring and entertaining, the arts are also one of the most important contributors to Minnesota’s continued post-recession economic growth. ”

Significant economic impact is found in every corner of the state:

“This study helps us to better understand the full impact of the arts on our regional and state economies. When someone buys a ticket to an arts event in Detroit Lakes, Alexandria or Fergus Falls, they are also having dinner in a local restaurant, shopping in local stores, and buying gas for the trip home. Many of our communities are adding the arts to their community enrichment plans, knowing that including the arts will increase their economic, cultural and educational assets, making the quality of life better for everyone,” said Maxine Adams, Executive Director of the Lakes Region Arts Council.

The State of Minnesota’s nonprofit arts and culture sector provides attractions that draw visitors from outside of the state. In fact, 60% of out of state (non-resident) audience survey respondents reported that the primary reason for their trip was “specifically to attend this arts/cultural event.”

“As a past and current Chair of the Legacy Committee in the Minnesota House of Representatives it has been my pleasure to witness the impact of appropriations from Legacy Amendment funding on our economy,” said State Representative (R) Dean Urdahl. “In Greater Minnesota our libraries and historical societies have certainly benefited. But in a larger sense money for the arts has spurred local projects throughout central and southwestern Minnesota. Certainly there have been immediate economic results, but long term I see even more significant impact. I’m aware of restoration of historic buildings that are intended to eventually become local art centers. We have just touched the surface of the Legacy Amendment’s future possibilities for economic growth.”

Growth in Arts and Culture Sector Since 2006 Despite Recession:

The most recent similar statewide economic impact study of the arts and culture sector was 2006’s The Arts: A Driving Force in Minnesota’s Economy, conducted just before the Great Recession and also just before the Legacy Amendment was passed in Minnesota. The Legacy Amendment created dedicated funding for the arts and culture as well as for conservation.

Creative Minnesota found significant growth since the 2006 study in almost every item measured, including the number of participating organizations.

Sheila Smith, Executive Director of Minnesota Citizens for the Arts, said “It is a testament to how much Minnesotans care about arts and culture that, although Minnesota is just now crawling out of the Great Recession, the nonprofit arts and culture sector seems to have shown resilience and even growth in this period.”

“This study shows that the arts and culture have considerable impact on the economy of our state. They create vibrant and modern communities, help us educate the next generation of leaders and recruit and retain top talent from across the country. An investment in the arts and culture is an investment in the overall wellbeing of Minnesota,” said Laysha Ward, Target EVP Chief Corporate and Social Responsibility Officer.

Caveats
This study did not analyze the reason for the growth in the sector between 2006 and 2015. The growth is likely a combination of factors:

Notes on the Cultural Data Project and other Sources:
This research was made possible by the state’s participation in the Cultural Data Project, culturaldata.org/ which is a national data collection and reporting system designed to strengthen the performance, vitality and impact of the arts and cultural sector. Many public and private grant makers in Minnesota require some or all of their arts and culture grantees to submit data to the CDP as part of their application process. Most CDP data is financial, though it includes information about services provided, numbers of participants, staffing and volunteers as well. CDP data in this report is from 298 arts nonprofits as they reported it to the CDP.

The CDP data was supplemented by the responses of 396 arts and culture nonprofits to a brief online financial survey and by 575 organization’s grantee data provided by the Minnesota State Arts Board, Regional Arts Councils and the Minnesota Historical Society. In addition, 3410 audience members completed a survey at arts and culture events around the state. Additional information came from the National Endowment for the Arts, the Tourism Marketing Council, Explore Minnesota, the Minnesota Department of Education and others.

Americans for the Arts (AFTA) was commissioned to calculate the economic impact research portion of this report as part of Arts & Economic Prosperity® IV: The Economic Impact of Nonprofit Arts and Culture Organizations and Their Audiences in the State of Minnesota, Americans for the Arts, 2014 and the associated eleven regional Minnesota studies, which can be downloaded at creativemn.org.Additional data analysis was done by CliftonLarsonAllen using the data sources cited above.

The focus of this report is on the nonprofit sector. Spending by individual artists and the for-profit sector may be included in future reports as more data becomes available.

The Legacy Amendment
The Legacy Amendment was passed by a statewide vote of the people of Minnesota in 2008 to dedicate a portion of the state’s sales tax to create four new funds for 1. land conservation, 2. water conservation, 3. parts and trails, and 4. arts and culture.  The legislature appropriates the dollars from the Legacy Arts and Culture Fund to the Minnesota State Arts Board, Regional Arts Councils, Minnesota Historical Society and other entities to provide access to the arts and culture for all Minnesotans.

Minnesota Citizens for the Arts © 2016 All Rights Reserved